Welcome to the page with the answer to the clue Sooner or later.

This puzzle was found on Daily pack. Click to go to the page with all the answers to 7 little words December 7 2021 (daily bonus puzzles).

There are other daily puzzles for December 7 2021 – 7 Little Words: 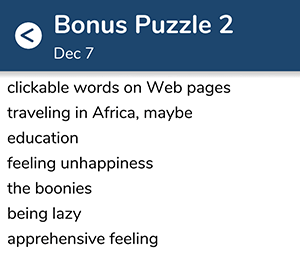